Meet the LUCKY man who got Ben Cohen to whip his clothes off! 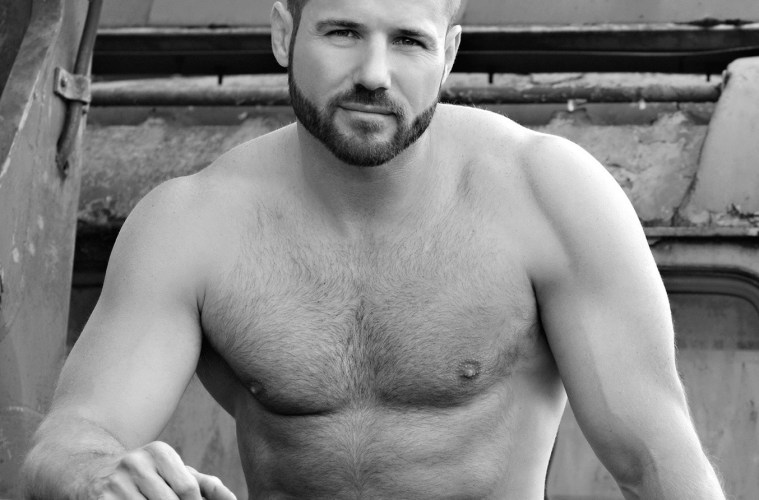 He’s been away for what seems like an age, but now Ben Cohen is back and the good news is, you can see him in ALL his glory EVERY day of the year!

Yes, the gorgeous former rugby beefcake has just finished shooting his eagerly anticipated new calendar. And as you can imagine Ben looks super hot in the pics, which were shot by the fantastic photog Leo Holden, aka SnootyFox.

We hooked up with lucky Leo to discuss what it’s like to get up close and personal with the beefiest gay icon, gays have ever seen…. Working with Ben Cohen must be a treat? Please tell us he’s gentle giant?
It is an absolute pleasure and he is indeed a gentle giant. He’s great to work with because not only does he take direction very well but he is completely open to suggestions. Prior to the shoot Ben had a very clear idea of the kind of calendar he wanted to produce for 2017 and we worked closely together to achieve the end result. The most important aspect of our working relationship is trust and I believe that Ben trusted me enough to make suggestions that might have pushed him out of his comfort zone in order to achieve a great final photograph. Of course it was a treat to photograph Ben, he is a sporting hero who happens to look great with his top off… I’m already devising future shoot ideas for him!

How amazing is it to see that body in the flesh?
Ben’s body is amazing, he is a real hulk of a man. I think he is actually the very definition of the word ‘masculine’. I photograph a lot of bodies of various different shapes and sizes, but I have to admit that Ben would be my gymspiration. I appreciate the male form, it’s a part of my job to do so, and of course I appreciated Ben’s when we were working together. It made me realise that I need to renew my gym membership this Christmas and perhaps pass on the offer of a second mince pie over the festive period! Is Ben shy when it comes to stripping off.
Ben wasn’t shy when stripping off for his calendar, and looking the way he does, he shouldn’t be! At the end of the day we had a job to do and we both wanted to get some great photographs. There’s no time to be shy in a situation like that and I like to think that I made him feel comfortable enough not to even let it cross his mind.

Does he take a bit of coaxing to feel sexy?
Ben took absolutely no coaxing to feel or look sexy (or if he did he certainly didn’t show it), his inherent masculinity and the fact that he is completely comfortable with himself are both very sexy traits in themselves, so he only had to stand there and there was a sexiness about him. I think that’s a massive part of his charm and appeal.

Do you think he thinks he’s sexy?
He certainly looked sexy in his photographs for the calendar, as to whether he think’s he’s sexy I suppose you’d have to ask him that yourself! What’s your favourite part of his body? We love those things. And Hairy chest! And face. We like it all!
I suppose the answer that I an expected to say is that Ben’s broad shoulders and hairy chest were a pleasure to photograph (of course they were), but to be really honest I loved photographing Ben’s face. He’s a big, powerful man, a rugby player who has played for his country, and ordinarily I love to photograph guys so that they look mean, moody and magnificent, but actually he has a smile that could melt icebergs and I found myself really drawn to the images of Ben smiling… he has a lovely smile.

Tell us about some of the pictures – what can we expect.
Ben and I wanted the calendar to feel very real and masculine and I sourced a location that would suit his personality and frame. We shot the calendar at a car scrap yard on a very cold day and Ben did a brilliant job, despite the plunging temperatures and the occasional rain shower. The location was a fully functioning scrap yard and as we took the photographs cars were being dismantled and crushed all around us. It’s funny because despite the fact that this former world cup winning rugby player was stood semi-naked in the middle of the yard, all those that worked there carried on with their work all around us. The calendar is a selection of the colour and black and white images from our shoot there. He looks strong, sexy, masculine and confident in various states of dress… and undress. How long have you been taking pics?
I suppose that I’ve been taking photographs all my life but what started as a hobby has really developed into a profession over the last five years. Photography is my absolute passion, I am never happier than when I am photographing somebody.

You work in TV too, don’t you?

I also work as a television producer/director and that can have a pretty demanding schedule so I have to fit the photography in around that, but photography is my true love so I can always make time for a shoot and to take photographs.

You get to work with some very handsome guys – who have been swoon some for?
I tend to fall in love with everybody that I photograph, particularly when they step in front of the lens and we begin working together. I think the relationship between photographer and subject is really important, you are both sharing a moment when the shutter is pressed and the photograph is taken. I swoon a lot when I’m taking photographs, and it’s not just six packs and biceps that make me go weak at the knees, it can be the slightest turn of the head or a little look in the eye, or Ben Cohen’s smile! 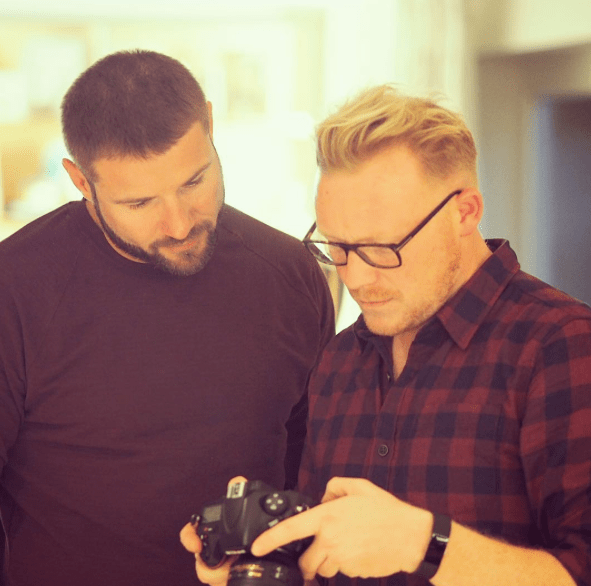 Have you ever had a hunk who refused to take his clothes off?

One of the reasons that I love photographing guys is that if they are in shape and feel good about themselves, they love showing off their bodies to the world, and to be honest if I looked that way, I’d probably do the same! I’ve been told by a lot of people that I photograph that I make them feel very comfortable and relaxed in front of my camera and so quite often I’ll be on a shoot with some beautiful styling and the model or actor will turn round to me and suggest that we do some body shots and then all of a sudden they are standing there in their Calvin Kleins. So in answer to your question, no I’ve never had a hunk refuse to take his clothes off, in fact quite the opposite, it’s a hard job keeping them on!!! Which other calendars have you got coming out for 2017.
As well as Ben Cohen’s calendar this year I have also photographed former Strictly Come Dancing star Ola Jordan for hers, the musical theatre band Collabro for theirs and I also did one for one of their members Michael Auger. At the end of each year I also produce my own calendar and Christmas cards that I send out to friends and clients for Christmas with a selection of some of my favourite photographs that I have taken each year… it’s normally quite racy… I like to make my clients and friends blush during the festive period! Why have a Robin or a snowman on your mantelpiece when you can have a hunk in a speedo! Haha Have you had a hunk who ever insisted on showing TOO MUCH!
I’ve done a lot of implied nudity in the past but I think the key word there is ‘implied’, I think it’s much sexier to leave something to the imagination. Personally I think a clever crop or some well positioned shadows leave you wanting more rather than baring all and having everything on display!I was actually once contacted by the agent of a porn star asking if I could photograph his client, fully naked and ‘standing to attention’ so to speak, but I politely declined the offer, it’s not my thing, I’m sure that it would have been interesting though!

The calendar is available now from www.bencohencalendar.com