Andy West: ‘If I see a six pack or bulging pecs on Tindr it’s an instant swipe LEFT’ 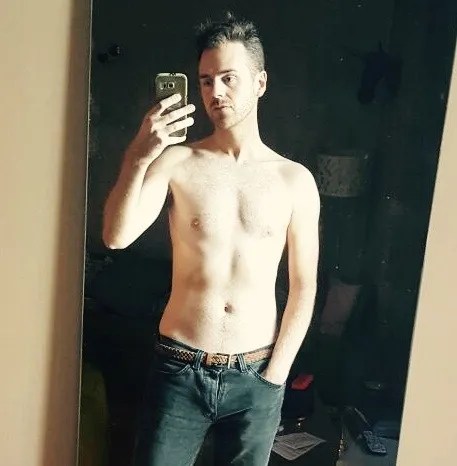 There’s been a lot of chat recently about gay men and body image. Are we as a community all obsessed with achieving the body beautiful? You know, perfect pecs, flat stomach, rugby thighs? Or should we be celebrating fellas with curves?

Who knows? The bottom line is, boys fancy boys and we like to look at sexy bodies. There’s nothing wrong with that, it’s just the way it is.

TV’s Andy West is one of those guys who has a natural slender body. At 6ft2, he cuts a striking image, but even he admits that with his extra long arms and lean physique he has moments of insecurity.

Andy you’re looking pretty fine right now – how much weight have you lost?
Oh thanks. Lighting helps to be honest. I don’t feel comfy with my shirt off still but I don’t let it stop me. Some guys say they like my body so I try to listen to them instead of myself. I’ve lost about 2 and a half stone so far.

You were never big in the first place. Why was it so important for you to lose the pounds?
I was wobbly and overweight. Maybe I was tall so it didn’t show so much and yeah I wasn’t fat but my face was puffy, I had weight above my hips and around my legs and my whole body looked like a deflated balloon. 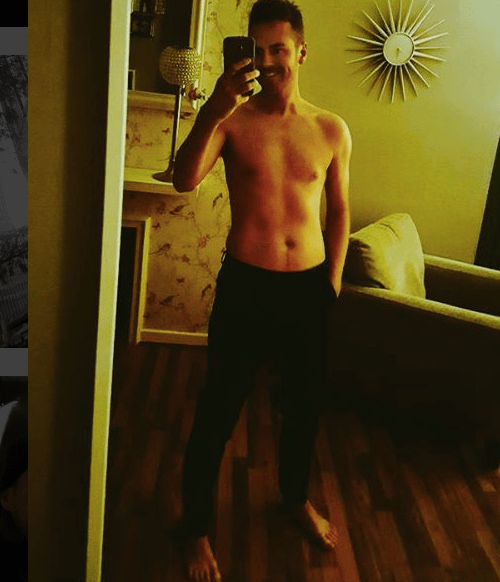 You’ve posted some saucy pics on social media recently – have you had a good response to your body?
Yeah I’ve had lots of guys compliment me and post things like “Dad” and “King” which is apparently a compliment young people pay to old people. Dads are generally not in great shape and nor are kings for that matter but I’m hoping to be more Alexander the Great than Henry VIII. Getting more shape round my stomach and chest means I look better shirtless but it’s the change in my face that’s the best thing. I have a jawline now and cheekbones. 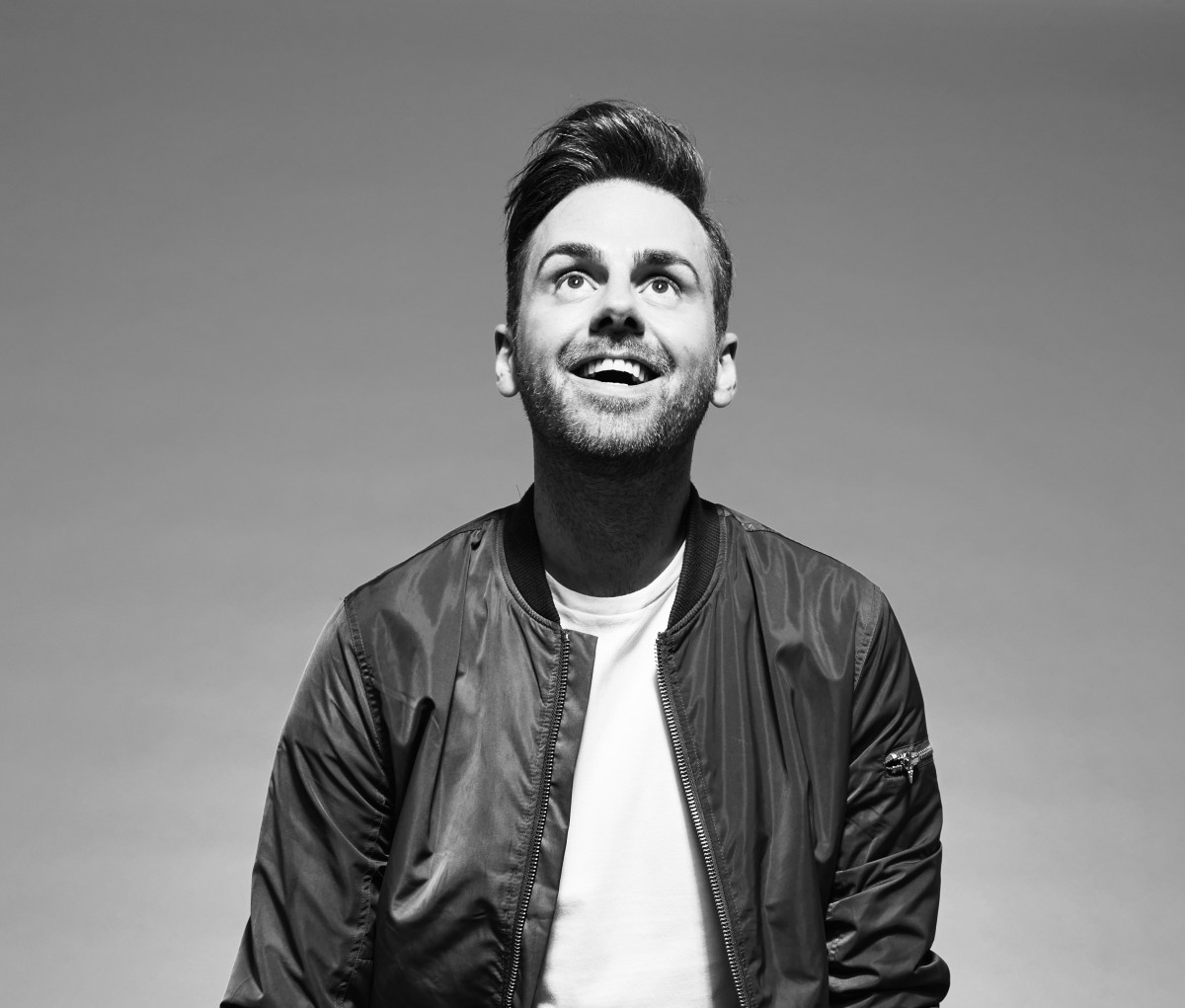 A guy in soho the other night came up to me and said “You look like that Andy West, only more handsome”. And I was the happiest guy in London until someone was sick on my shoes.

We live in a world where everyone seems to be beefing up. Do you think we’re obsessed with packing on muscles like the guys in TOWIE and Geordie Shore.

Most guys and girls like that I know don’t actually find lots and lots of muscle attractive. Not in real life. Personally when I see big beefy guys on shows like TOWIE or Geordie Shore  I find them a bit ridiculous. I definitely don’t fancy them. It just seems a bit…fake, insecure and try-hard. Funny, but I tend to see guys with so much muscle as weak. Most of them couldn’t run for a bus let alone satisfy a fit, strong guy in the bedroom. 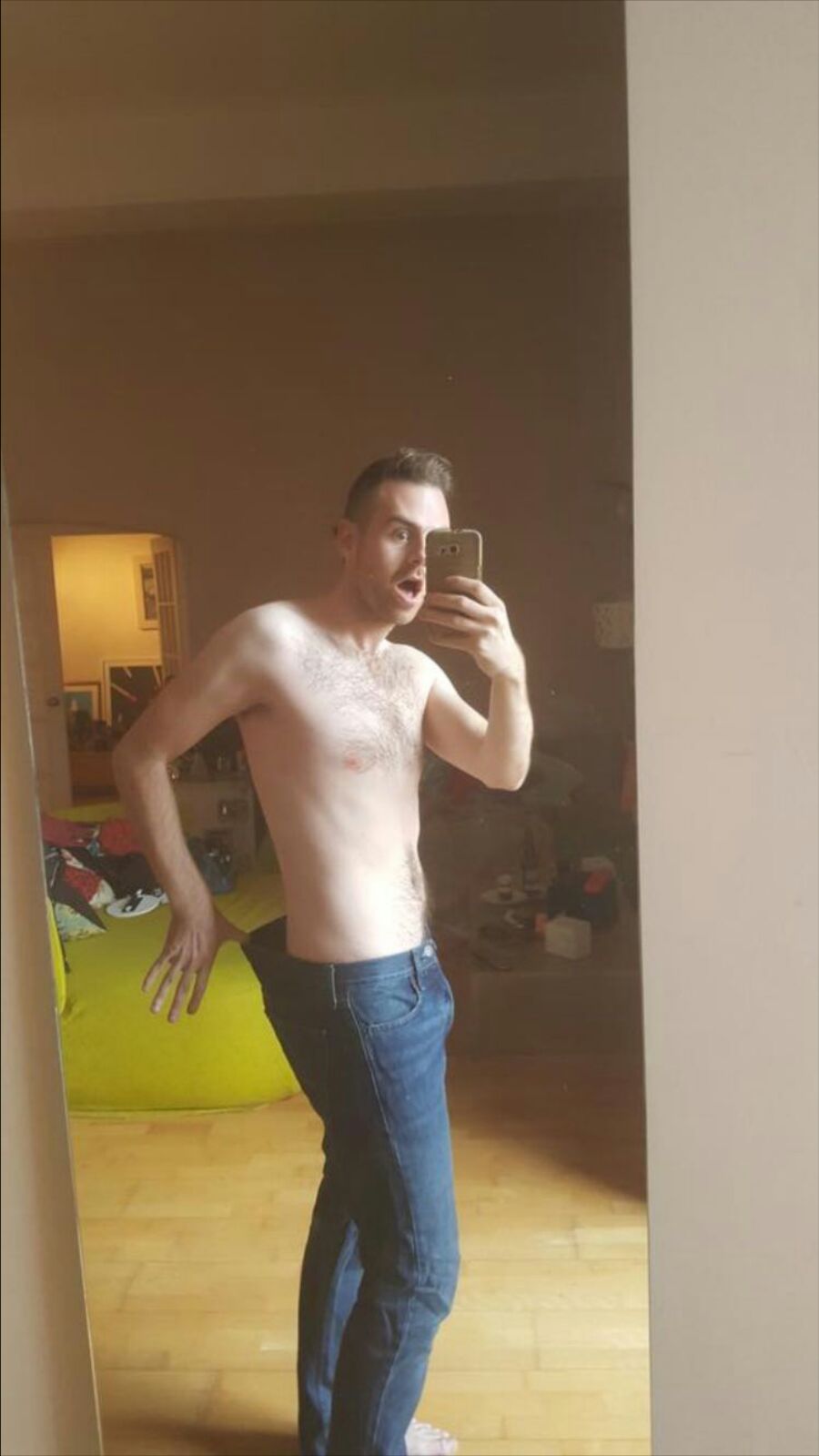 Who would want to turn themselves into a pin head balanced on top of a heart attack machine that’s only going to get saggy and droopy when they can’t hack the weights anymore? For me, a sexy body is a healthy body, regardless of what “type” it is and beefing up like a glazed ham ain’t healthy. If I see a six pack or bulging pecs on Tindr it’s an instant swipe LEFT. Not that I find tubby guys attractive either really. I mean it’s mostly about the face for me, but slim and toned is my thing. 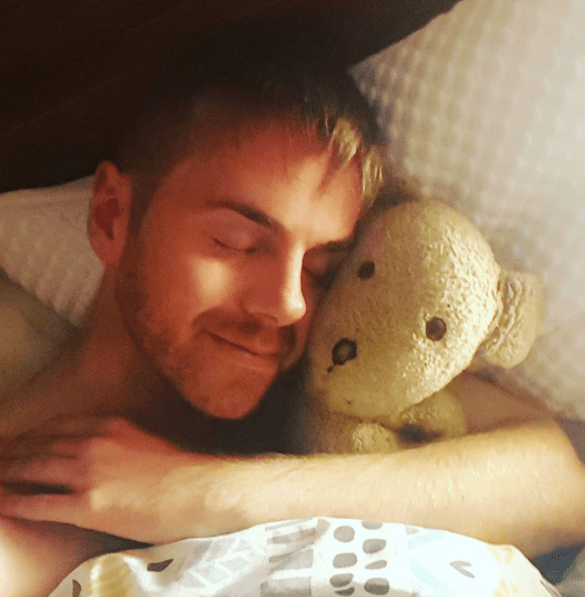 Do you think you are a good body role model?.

Well I’ve picked up a few injuries in my time but I have been told by a lot of guys that seeing me on Big Brother in the summer showing off my weird chest hair and gangly body made them relax about their own body image. That’s good to hear. The truth is that a six pack is a very recent fashion accessory and it often leads to problems with the lower back because the body is pulled unnaturally forwards by the “absession” with doing sit-ups and no back exercises to counter them. Same problem with pecs and the upper back. Meanwhile those muscle building diets and high-weight sets put your heart bones and tendons at risk. A hot guy isn’t necessarily a healthy guy and in my experience he’s probably also a vain, insecure tit.

Have young guys got in contact to you celebrating you for rocking a normal bod?

Some guys have said I look good and they’ve noticed I’m in better shape than before. Others probably think I look pale and skinny. But what’s a “normal” bod? I’ve dated guys of different shapes and sizes and they’ve all been attractive in their own way. It’s weird but when I think of the LEAST sexy guys I’ve dated most have been gym bunnies.

Do you think the gay community is obsessed with body types?

The truth is I don’t think most gay guys are that fussed about what body type their partner has. The only body most gay guys take any real interest in its their own. I’m like that. I ask very little of my partner’s body but I put huge pressure on myself sometimes, hating my bum or my knees or feet or face even though other guys might tell me they like those bits. It is really tough on Tinder when virtually everybody seems to have a ripped physique. It makes me worry that they’ll judge me for just being…slim.

His face. His legs. His hands. His hair. His voice. His lips. How he moves.

Whats your fave body part on a man

Er…his left shin. What do you think? 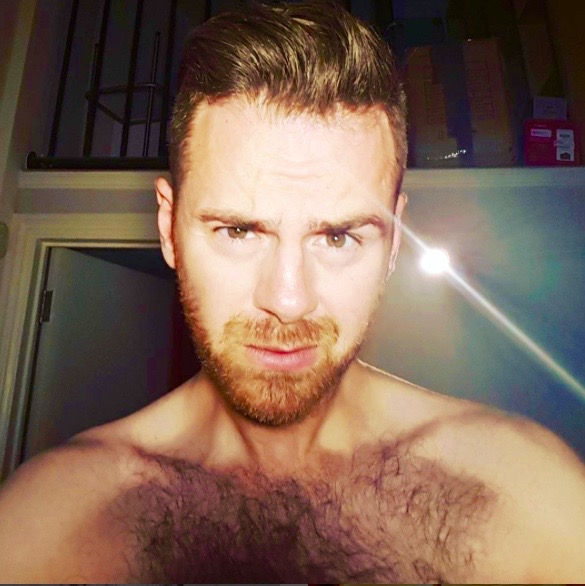 What’s your fave body part?
I like my nose. It’s an unusual shape but it’s a good nose. But my favourite body part – genuinely – is my brain. Six packs fade early along with all good looks but your mind is there for life. If guys today spent more time thinking and less time obsessing over their bodies I could look forward to a much better time on dates. Oh and my penis.

Of course. Let’s have a look. 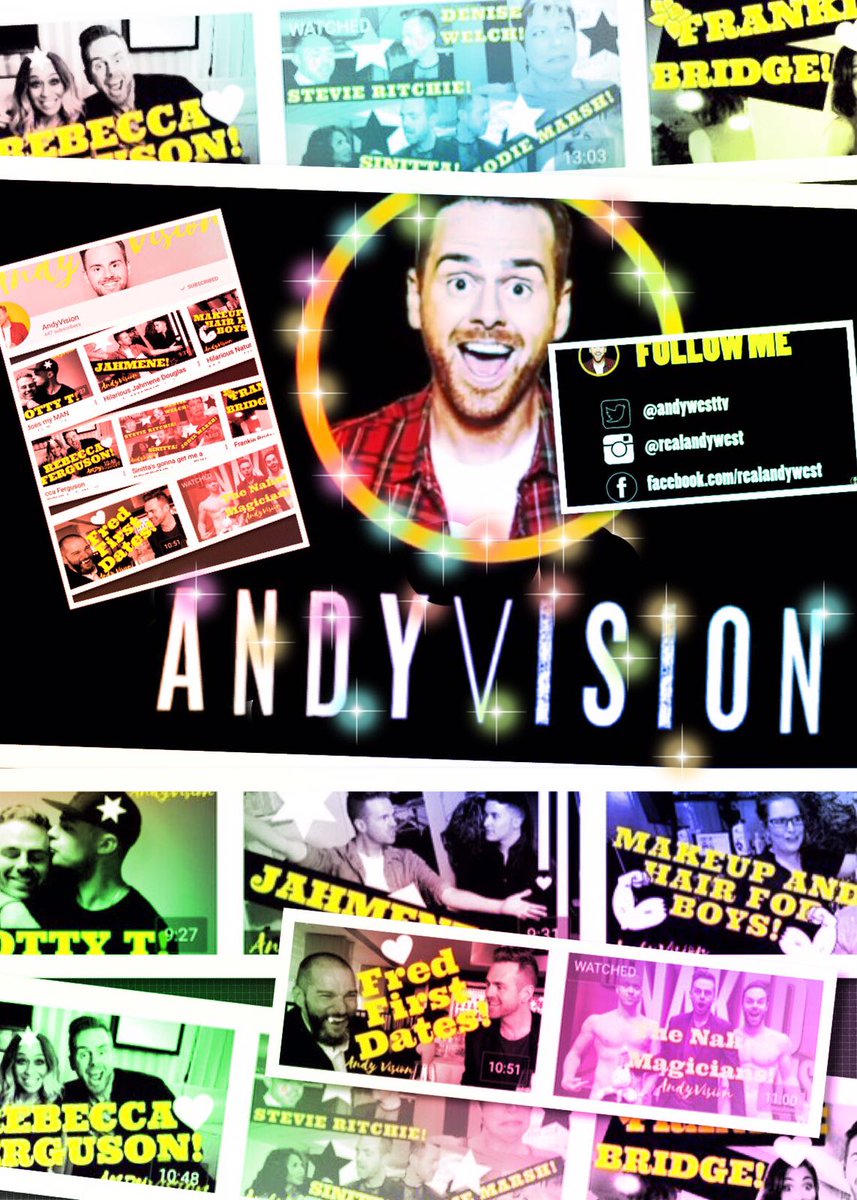