Gulp! TV’s Andy West finds himself in a hot and sweaty ‘man-sandwich’ 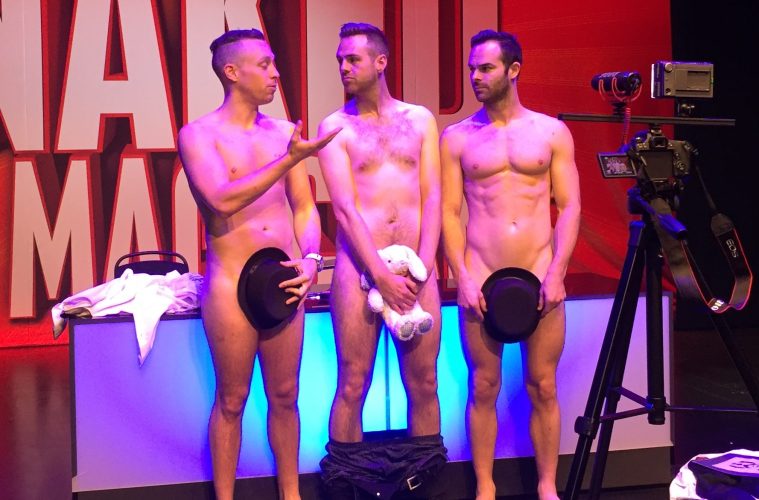 BB’s Andy West whips off his clothes during an outrageous and sexy interview with the Naked Magicians. But can we see more of him than he bargained for? Take a closer look and find out….

As we all know, most Big Brother stars fade into obscurity once they leave the infamous house – but not former BBC journo and GuysLikeU favourite Andy West

Since the show wrapped back in July, the handsome fella has been busy working on some exciting new projects, including writing a book, hosting a gay version of Loose Women and penning an acidic weekly showbiz column. Not only that, he is also in talks with TV bods eager to snap him up for some TV projects planned for the new year. Exciting times ahead 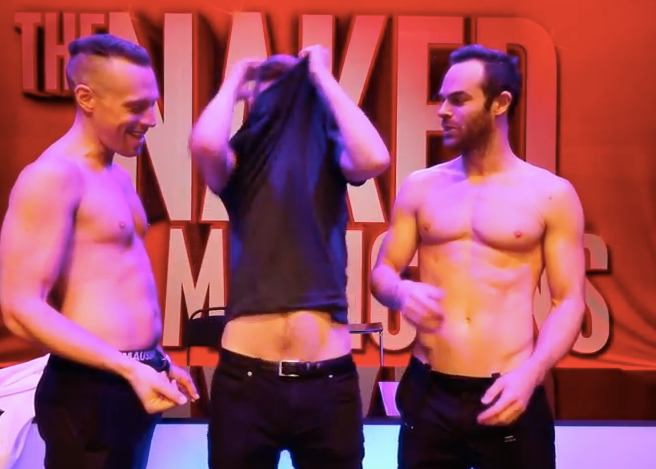 But this week, Andy revealed yet another gobsmacking project he has been working on – a brand new YouTube channel called AndyVision, which is due to launch officially in November. 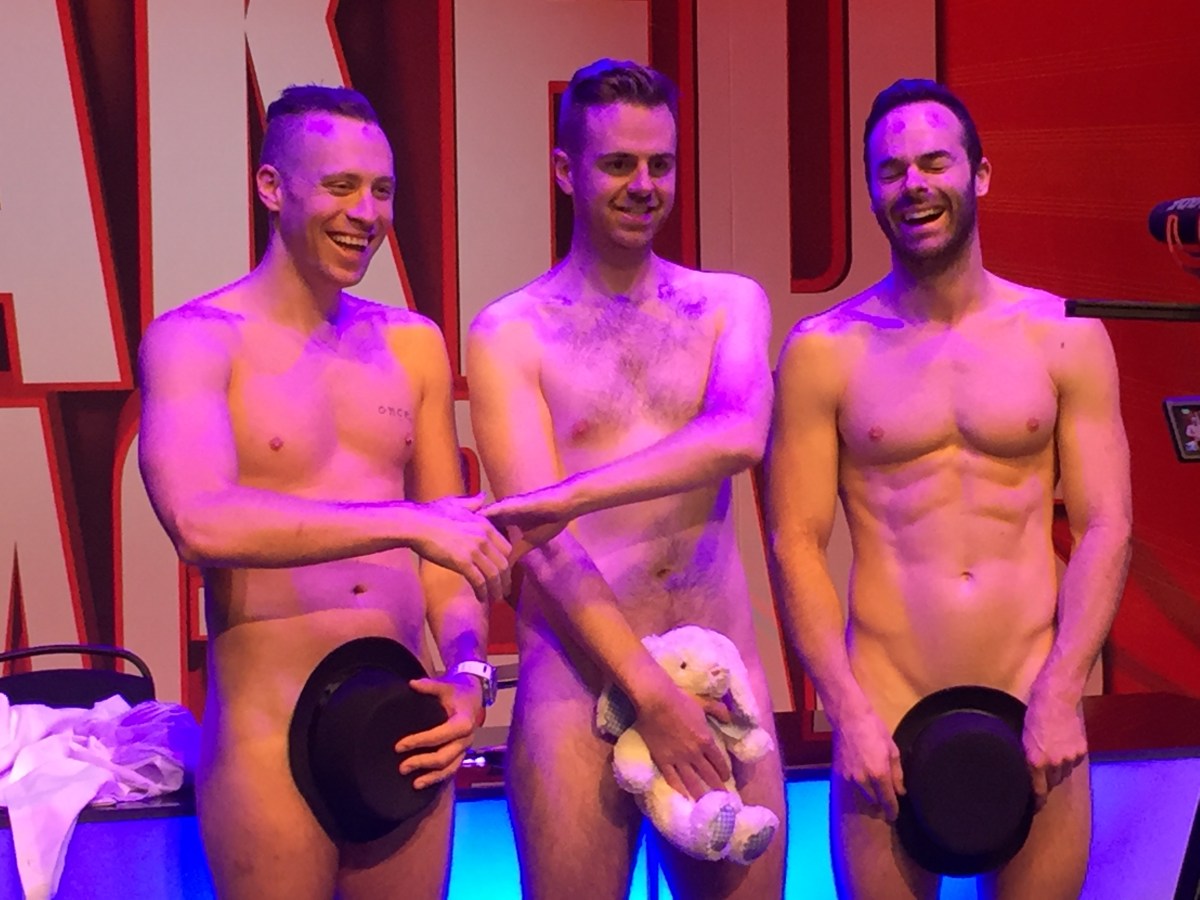 In the first of his hilarious interviews posted as a teaser this week, the 6ft2in presenter meets up with a couple of outrageous Aussie wand-wavers who create magic in a very unique way – totally starkers! And when you see their fantastic physiques you’ll see why they are so comfortable to be doing tricks in the nuddy!

When you check out the clip, you’ll notice that the Naked Magicians – aka Christopher Wayne and Mike Tyler – have rippling physiques that leave most of us quivering in the shade. But not brave Andy. Oh no! No sooner had the camera started rolling, and the journo, who spent three years in troubled Northern Ireland, felt brave enough to join them, by whipping off his togs to reveal absolutely EVERYTHING. 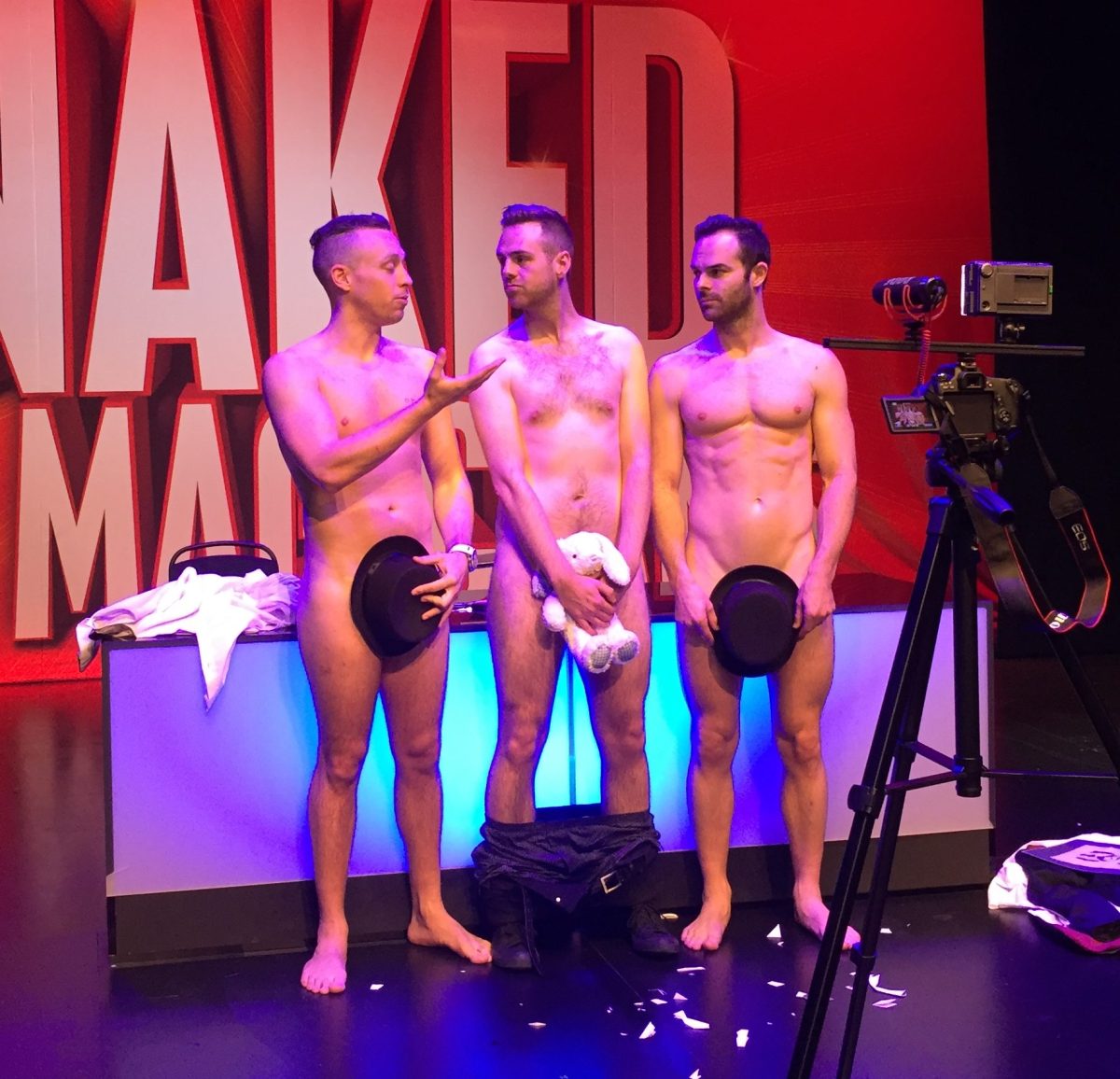 In fact, check out the clip at 8mins55 – can we see more than we bargained for? Go on, get pausing! 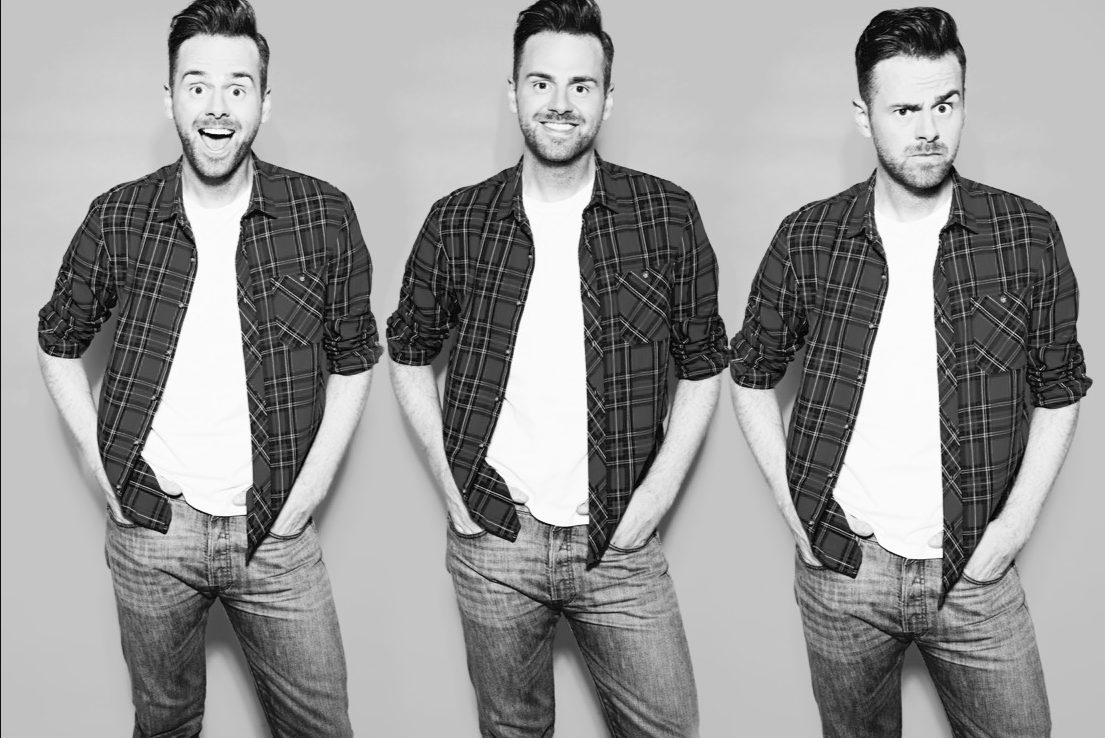 Once filming was finished on the interview, Andy was struck by doubts about whether or not he should actually post the clip, admitting: ‘This is one of the most excruitiatingly awkward interviews I have ever done. I was a bit nervous doing this interview, I am not particularly proud of my body and if you watch this video, you’ll see why.’

He went on:  ‘Why am I so white? Is there something weird going on about my nipples? Something strange? Are they too low down? I look like some kind of weird cow man.’ 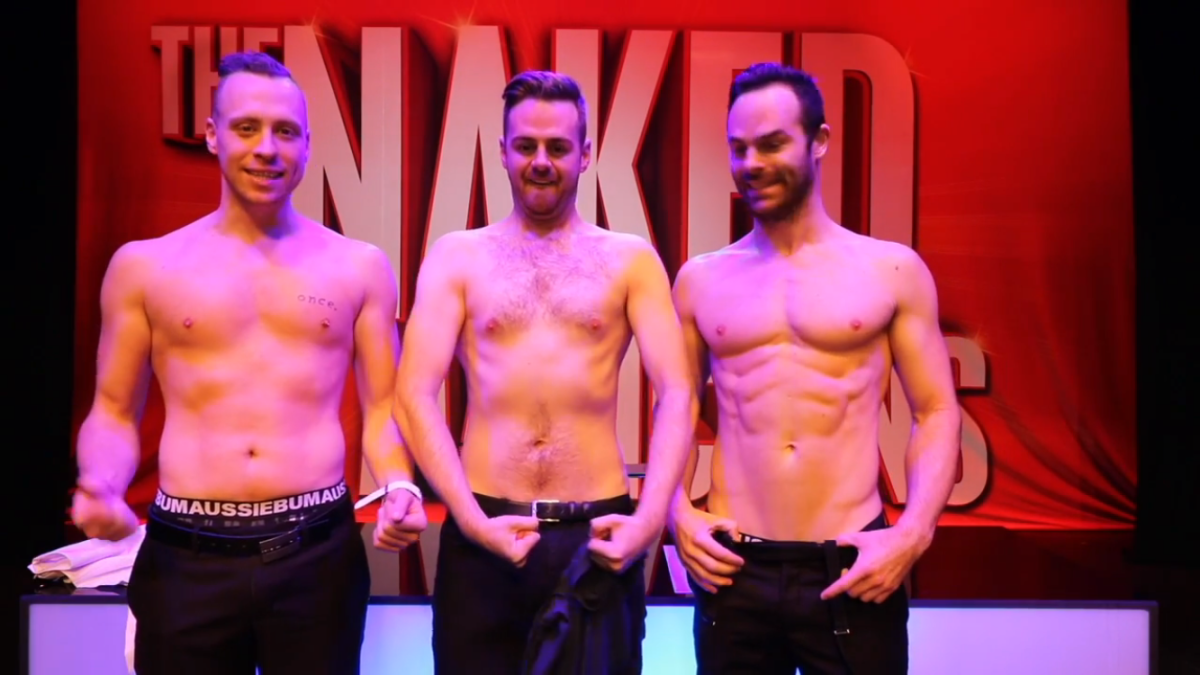 However, luckily of us, Andy eventually decided to post the interview in support of those of us who feel unhappy about their physiques too: ‘Most of us have normal bodies – so whatever!

Well, for the record, Andy, we think you look pretty damn fine. After all, variety is the spice of life. 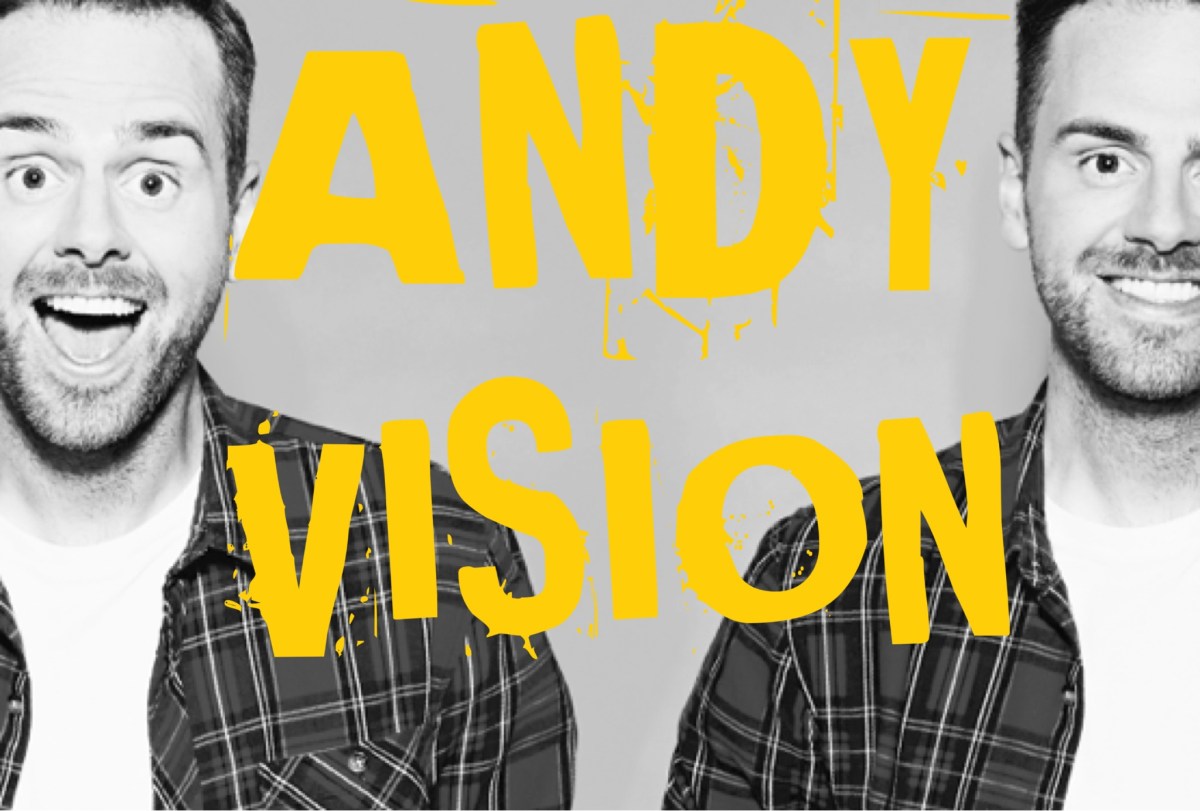