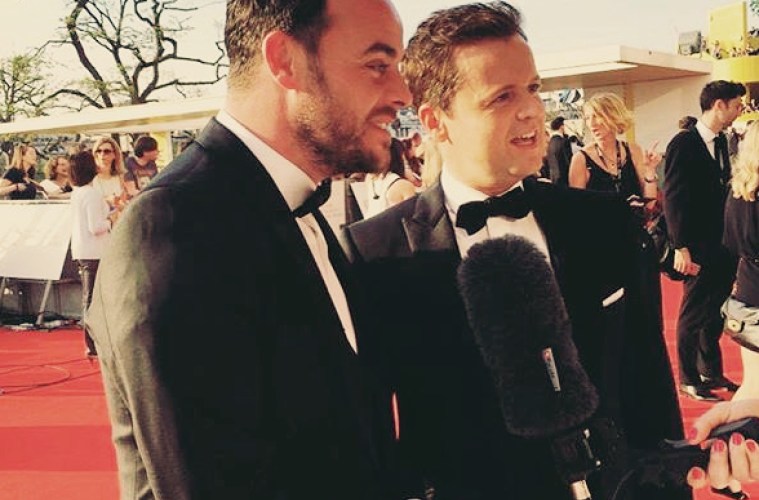 Ant McPartlin stuns us with his hairy new look!

Justin Timberlake, Tom Hiddleston, Aidan Turner and Josh Hartnett may have been raising temperatures backstage at the BAFTAs but it was Ant McPartlin who set our pulses racing.

Now, don’t get us wrong. The dark haired Geordie has been our secret celeb crush for years because he’s just so cute and funny. But when we saw him stroll up the red carpet at the BAFTA TV awards on Sunday sporting a rather rugged bear, our jaws (and draws) dropped. It was a look we’d never seen before in his 25 year career. And we liked it! Yep, a hirsute Ant looks totally hot in a Danny Dyer kind of way! Who’d have thought, eh? And no sooner had we seen his face fluff,  one question popped into our heads: what took him so long to grow one, cos he looks sooooo damn good! Perhaps Simon Cowell’s sexy tuft on BGT inspired our Ant to follow suit. And we’re very gkad he did. So keep up the good work fella!

What do you think about Ant’s stunning new look? Let us know.